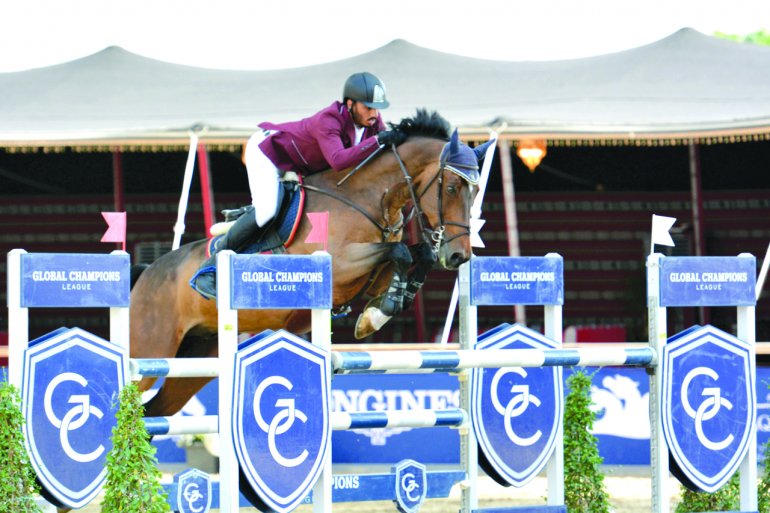 Qatari rider Saeed Nasser Al Qadi yesterday produced a well-timed routine with Daydreamer Ec, clinching the feature event on the final day of the third round of the hugely popular Hathab Series.

Daydreamer Ec managed a flawless ride with Al Qadi, clocking a time of 38.99 seconds to win the 1.30/1.40m competition in jump-off at Al Shaqab Arena.

The Qatari, who won the 1.20/1.30m class with Jessico on Thursday, yesterday emerged a pleased man with his second win of the three-day event devised to groom young riders.

“I am very happy. This has been a great week of riding for me. We are enjoying competing in the Hathab Series,” Al Qadi said. “This series is helping the young riders learn a lot,” he added.

Qatar’s Hamad Ali Mohamed A Al Attiyah joined forces with Clinton to claim the second spot in a time of 39.84 seconds. Al Attiyah won QR 7,000 for his efforts at Al Shaqab Arena.

Quel Homme, who had Nasser Al Ghazali in the saddle, sealed the third place in a time of 39.97 seconds. Al Ghazali picked up QR 5,250.

Hamad Nasser Al Qadi, one of the popular riders in Qatar, guided Jazly to the third spot. Jazly clocked 39.60 seconds as Al Qadi took home a cash prize of QR3,750.

The series is being broadcast live on Al Kass Sports Channel.

The 12-leg series will end in April with a total prize money of QR1m, organisers announced last month.