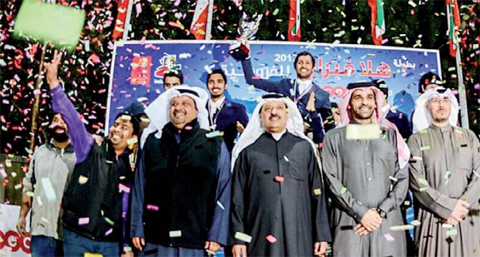 The tournament was organized by Kuwait Riding Centre, where participants had the chance to compete in 3 different categories, based on their level of experience and skills. The two-day program included intermediate tournament, horse dancing shows, beginners’ tournaments, advanced tournaments, in addition to raffle draws for the audience. Commenting on this sponsorship, Ooredoo Kuwait expressed its pride in cooperating with the organizing committee of Hala Febrayer for the second consecutive year. Ooredoo’s sponsorship of the event stems from its belief in the importance of effectively taking part in national events and activities that bring the people of Kuwait together, and spreading the festive spirit. The company said in statement that its deep-rooted belief in supporting youth comes in tandem with its core values of caring, connecting, and challenging, reiterating that youth have a major part in Ooredoo’s corporate social responsibility agenda throughout the year.

The tournament is one of the key activities under Hala Febrayer Festival 2017 with Ooredoo, which included various activities that interest nationals and expats, locals and visitors of all age groups. Ooredoo’s year-round CSR agenda includes partnerships with a number of key partners in both the private and public sector, to support youth and enrich their experiences.