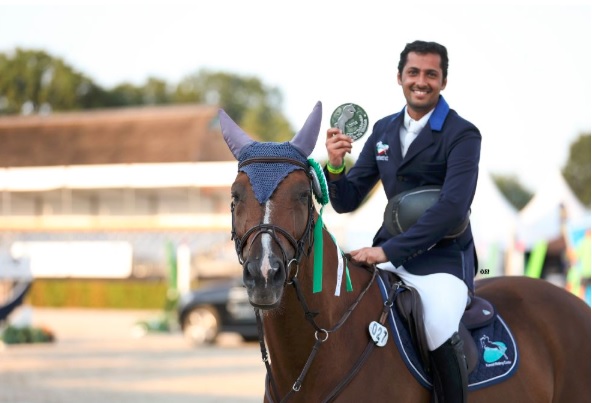 Al-Kharafi was followed by Harry Wearing from the Netherlands, while Alex Jil from Britain came third and Patrick Jonkman from Belgium came fourth.

The kuwaiti rider Rakan Al-Hasawi came in the sixth place in the 130 high jumping contest.

Al-Kahrafi on his part extended his win to His Highness the Amir Sheikh Sabah Al-Ahmad Al-Jaber Al-Sabah and to all Kuwaitis, expressing his thanks and gratitude to the Public Authority for Sport's Director General Humoud Fleitah and Kuwait Hunting and Equestrian Club's board of directors.(end)