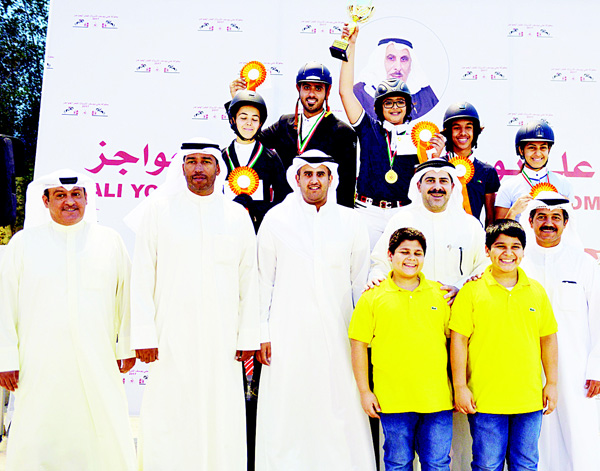 Representing the sponsors of the championship, Ahmad Al-Matrouk, Head of the organizing committee Waleed Al-Shihab and the Coordinator Ali Al-Wuhaib honored the winners.

Fatima Al-Ghanim triumphed in the 110cm category ahead of Yousef Al-Nuaimi and Rahf Al-Kharafi who came second and third respectively.

In the 100cm category, Abdulrahman Al-Mudahaka came first followed by Mohammed Al-Ramadan in second place and Fawaz Al-Ghunaiman in third.

Ali Al-Matrouk expressed his appreciation and delight over the huge attendance and the amazing participation of the equestrians, affirming that the championship will be held annually. He praised the efforts exerted by all the committees and the media coverage support for ensuring the success of the championship.