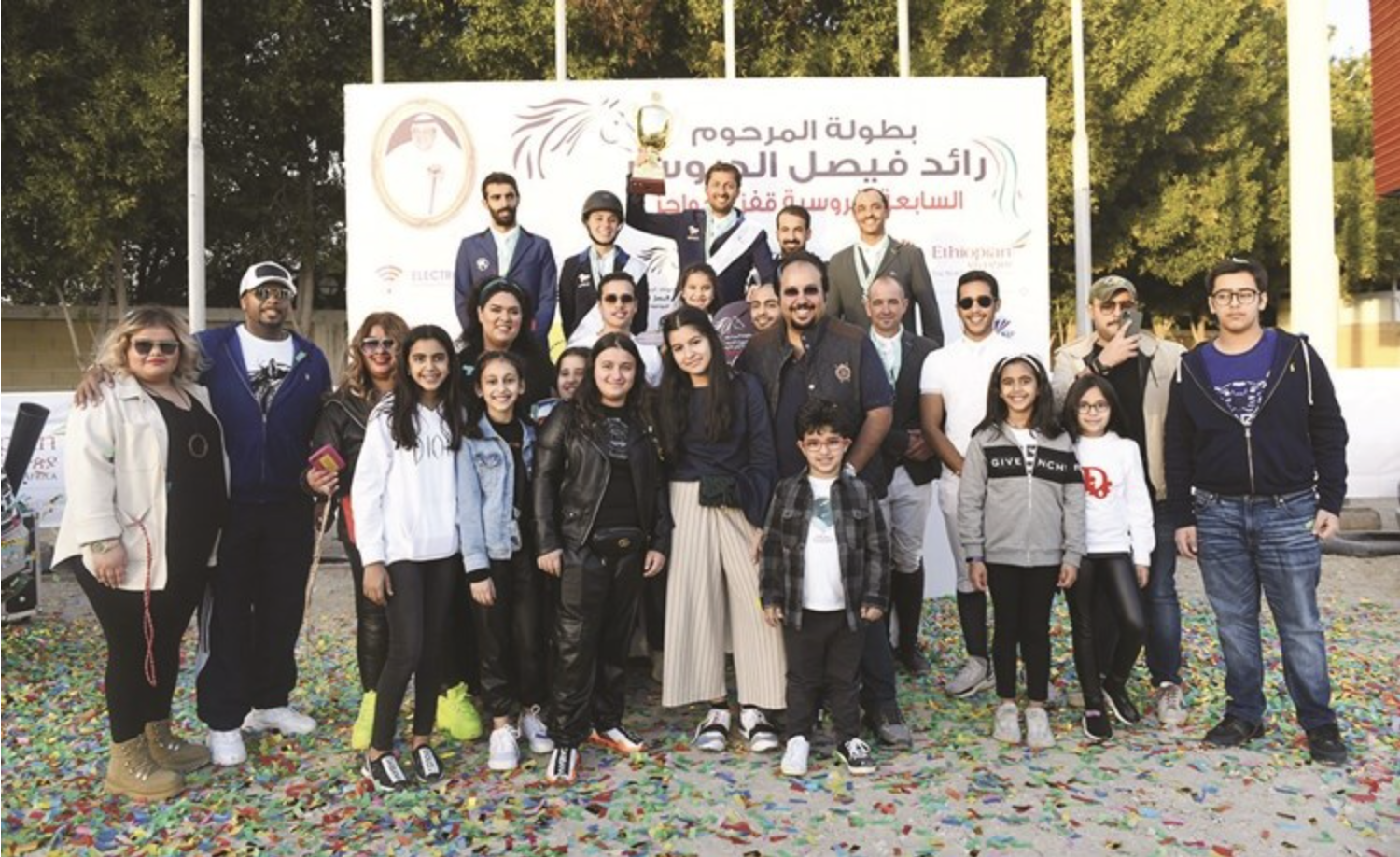 Winning the grand prize at a height of 140 cm in a time of 74.03 seconds and overcoming the jumps, the champ of Kuwait Riding Club Ali Al-Khorafi, placed ahead of Yara Al-Hunaidi, Ghazi Al-Jarawi, Nick Channing, Abdullah Al-Roudhan, and Khaled Al-Khubaizi, and all winners were honored by the competition sponsor, Abdul Mohsen Al-Dabbous and Faisal Al-Dabbous.

In the junior class at a height of 70-90 cm large of the future riders, they crossed barriers without mistakes, and were honored by the international referee, Lama Ahmed Abdelaal.

Abdulmohsen Al-Dabbous confirmed that the competition was very strong between the riders who aimed to win the first places in the seventh edition of the late Faisal Al-Dabbous Competition that was held at the Kuwait Riding Center Arena.

He explained that the late Faisal Al-Dabbous was a great supporter of the show jumping sport, and we in the equestrian sport continue to serve the riders and prepare them for international competitions.