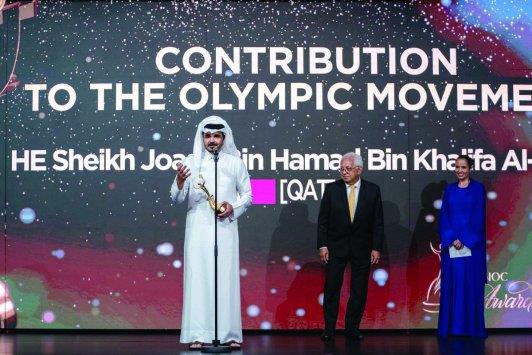 The sixth edition of the annual awards ceremony took place at the Katara Cultural Village during the XXIV ANOC General Assembly in Doha.

Earlier in the day, Sheikh Joaan had also won the ANOC Merit Award.

ANOC award for Contribution to the Olympic Movement