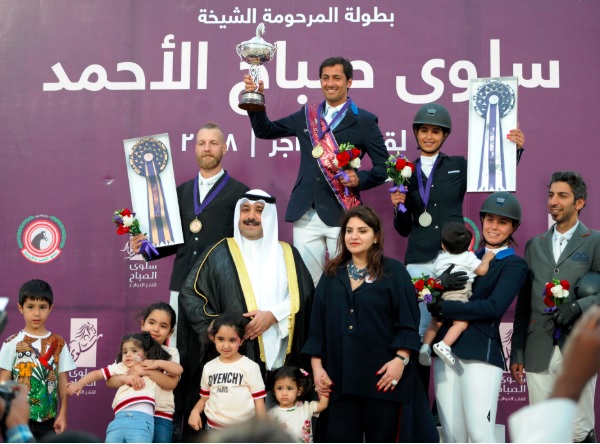 Al-Juraiwi, from Kuwait Equestrian Club, succeeded in jumping over all 140-centimeter-high hurdles with less mistakes than those committed by Dalya Al-Zahem and Yara Al-Hunaidi, who came second and third respectively.

He commended all riders for the brilliant show and wish them best of luck in future competitions. (end) fsa.bs